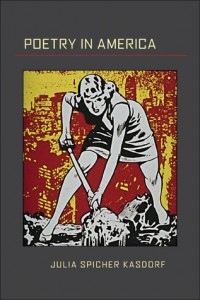 Mennonite Literature, not a term often spoken of or written about in literary circles, nor is it a section that one might find at the neighborhood Barnes and Noble. I would venture to say that the average reader in North America would either scratch their heads at this genre or recall authors like Beverly Lewis and Wanda Brunstetter and the abundant industry of Amish/Mennonite romance novels.

I had little awareness of this kind of writing, aside from the myriad of bonneted Harlequin paperbacks in our church library, until a professor selected Peace Shall Destroy Many as a text for his Mennonite Church History course.  Admittedly, I struggled to find the relevance of a work of fiction in a history class, which traditionally would favor non-fiction materially.  I was quickly proven wrong.

This year marks the fiftieth anniversary of Rudy Wiebe’s seminal work Peace Shall Destroy Many, one of the earliest works of Mennonite Literature published in North America.  The novel takes a starkly realistic look at the struggles of Russian Mennonites who emigrated to Canada due to famine and the onset of WWI.  Wiebe, a Mennonite himself, takes no measures to protect his faith’s reputation.  In the story, he portrays a community which struggles which chooses to retain its ethnic and religious integrity rather by closing in on itself against outsiders.  It encourages and supports missionaries sent to India, while at the same time refusing to convert the First Nation peoples of Canada who live in direct proximity to them.  There is a struggle of ideals between the heavy handed elder of the village and the protagonist, who seeks to understand Christ’s mission to the world.  Because of the honest and inflammatory look at the Mennonite Church in Canada, Wiebe’s contemporaries ostracized him.

After reading Peace Shall Destroy Many, our teacher encouraged us to attend the Mennonites Writing VI:  Solos and Harmonies hosted by Eastern Mennonite University in Harrisonburg Virginia, at which Rudy Wiebe would be presenting.  I enjoy reading, aspire to write, and leapt at the opportunity to hear from an author whom I highly respect.

Arriving in Virginia with my moleskine journal and some petty cash, I prepared to take on Mennonite Literature, whatever that might be.  I anticipated some workshops on writing, various short story readings, and probably some Amish romance sessions that I would politely avoid.  I did not expect what came to follow.

The atmosphere emanated feelings of a family reunion.  The attendees were mostly published authors and professors in English and Literature from various colleges in Canada and the US, who subsequently knew each other.  And I was an associate pastor working on a master’s degree with no formally published works aside from occasional reviews for ERB.  Suffice it to say, I was nervous.

And there, I was thrust into the world of Mennonite literature.  This genre did not require that one write specifically about Mennonite heritage and life.  Rather, authors spoke from their own Anabaptist beliefs and practices as well as their experiences within the church movement; i.e. personal interactions with peace, simplicity, and community or recollections of church life, good and bad.

The weekend began with several poetry readings, including from Julia Spicher Kasdorf, professor at Pitt and pioneer in Mennonite feminist poetry.  She read selections from her new book Poetry in America, including a humorous piece about a poetry reading in a Barnes and Noble in which customers were more interesting in indulging in overpriced coffee drinks rather than hearing and participating in live literature (which casts an unfortunately discouraging light on the current state of reading in our country).

Poetry was a prominent topic throughout the weekend.   One of the more interesting, if not divisive, sessions contained a panel discussion on theopoetics:  the interaction between theology and poetry, in which poetry allows the writer to go outside the bounds of orthodoxy and explore with somewhat reckless abandon, questions of faith and belief.