Who can judge rightly if Dietrich Bonhoeffer was a pacifist?

Surprisingly, the life and works of Dietrich Bonhoeffer have spawned serious disagreements among Bonhoeffer enthusiasts and scholars. Stephen Haynes’s Misappropriating Bonhoeffer took off from Eric Metaxas’s careless biography, debunking his thesis that Bonhoeffer was a prototype of today’s American evangelicals. Now, Mark Thiessen Nation’s Discipleship in a World Full of Nazis portrays Bonhoeffer as a pacifist. In six chapters and several appendices, he controverts Bonhoeffer’s friend and biographer Eberhard Bethge’s claim that the martyred pastor was not.

Nation argues throughout that Bethge and others mistakenly put too much weight on Bonhoeffer’s participation in plots to assassinate Adolph Hitler. Instead Nation reviews Bonhoeffer’s major works, letters and sermons, building a strong case that the pastor was only peripherally involved in those plots. Instead, Bonhoeffer and his brother-in-law Hans von Dohnanyi worked in the German Abwehr, secretly passing intelligence on to the active plotters of Hitler’s activities. Nation’s dense, though small book also pulls Scot McKnight and Stanley Hauerwas to his side; McKnight wrote the Foreword and both authored two of four appendices.

Nation methodically builds his own case for Bonhoeffer’s pacifism in a largely polite, respectful polemic. Bethge, of course, cannot rebut Nation’s position that swims against the current of most Bonhoeffer interpreters. When readers come to Nation’s first appendix, though, his tone dips at times to a personal quarrel with Bonhoeffer expert Clifford Green. Green raises Nation’s ire for not mentioning any of Nation’s Bonhoeffer articles in an essay dismissing “out of hand”, Nation’s and Hauerwas’s position (165).

While such personal expressions may fit into in-person conferences among speakers, they unfortunately distract from the book’s demanding flow. After all, Nation gives us so much here to consider seriously without being pulled into personal piques.

Chapter by chapter Nation offers thorough, if somewhat exhausting, synopses of The Cost of Discipleship, Ethics, Letters and Papers from Prison, sermons, articles, speeches, and personal letters to family and former seminary students writing from the battlefield after being drafted. In several chapters Nation examines carefully the Sermon on the Mount to bolster the thesis for Bonhoeffer’s pacifism. Whether pacifist or not, Bonhoeffer uses Jesus’s sermon to place the Church in a crucial critical position within the public square in relation to the state. Nation cites a letter from Union Seminary friend Erwin Sutz, “It is also time for a final break with our [Christians’, the Church’s] theologically grounded reserve about whatever is done by the state—which really comes down to fear” (77).

These are daring words even to write in a personal letter during Hitler’s suffocating and ever crueler tyranny of Hitler’s Reich. Bonhoeffer does not avoid the inevitable consequences, should such decisions turn pastors, church leaders and laypersons to active protest, “I believe all of Christendom should be praying with us for the coming of resistance ‘to the point of shedding blood’ and for the finding of people who can suffer it through. Simply suffering is what it will be about . . .” (76). Pacifism is not the safe way. In these days of idolatrous, blasphemous “Christian nationalism” among U.S. evangelicals, such consistent expressions of pacifist protest and persecution should shine from US church signs and publications to challenge sisters and brothers defending the nation as the last, even violent hope of Christendom.

So what of Nation’s constantly repeating theme articulating Bonhoeffer’s pacifism?

After Hitler mandated a universal military draft, from which seminarians were not exempt, the students applauded the decision, encouraged that his move would, if successful, once again put Germany in a respectable, even feared position in the world. At those reactions Bonhoeffer sat quietly, dejectedly in the commons room, wondering if his teaching had penetrated the students’ wounded, but ever proud hearts. Yet he never lost his love for his students.

Soon after Germany’s military aggressions began, many of those students had been conscripted and sent to war. Again and again Nation offers evidence of Bonhoeffer’s pacifism by gleaning long sections from Bonhoeffer’s responses to those former Finkenwalde Seminary students. These demonstrate their teacher’s utter theological, personal, and communal consistency. Once-enthusiastic supporters of Hitler’s program, these conflicted men wrote Bonhoeffer from the front, confessing deep remorse for participating in battles against enemy soldiers. More wrenching still, their spiritual agony weeps after their killing of civilians on orders of superior officers. Bonhoeffer’s responses were uniformly compassionate, thoroughly lacking in moral judgment or condemnation.

Joachim Kanitz, a former student and later officer who did survive the war, recalled a 1942 conversation with his teacher. Wearing his uniform, Kanitz “remarks on Bonhoeffer’s great sensitivity  . . .  noting that Bonhoeffer said nothing to make him feel ashamed” (82). Rather, Kanitz affirmed that Bonhoeffer’s teaching on pacifism and the will to resist fascism and dictatorship had rooted so firmly that these seven years as a soldier were “utter hell,” so much that he was nearly insane. After the war, he concluded, “Never again” (82).

Such compassion did not necessarily convince those soldiers not to obey orders; they would have been summarily executed. But Bonhoeffer recognized that these men’s profound suffering offered them comfort that they were forgiven. Indeed, the cost they were paying for their actions counted at least 21 of their own deaths in battle. Their forgiveness was not a product of “cheap grace,” but was in solidarity with Jesus’s own suffering and death.

Bonhoeffer’s own thoughts, writing and actions did not grow naturally in his heart. He came from a prominent, wealthy Lutheran family, whose patriotism survived and deepened after Germany’s humiliating defeat in World War I, followed by the punishing Treaty of Versailles. Thinking of his former students, now soldiers, Bonhoeffer’s pacifist thinking about war and violence made one daunting exception. He wrote that the men who were killing in the name of Hitler were living in dire “situations of necessity… [They] finally must simply place their trust in God and thus ‘live only by divine grace and forgiveness’” (131).

Was Bonhoeffer a pacifist? Fellow prisoners never made such a judgment, but did testify that Bonhoeffer never complained about his disgusting interrogations and held nothing against his guards. Most had labeled him a “scoundrel” upon meeting him. Yet Bonhoeffer could love God and people; he won his guards over; he comforted fellow prisoners with prayer and sermons and Scripture; he shared infrequent gifts from family in the rubble of the cruelty in the Reich’s dying days, facing death after calmly and resolutely kneeling in prayer.

This is no easy book, full of long citations from many sources. Additionally, this is a somewhat rough production, not typical of Wipf and Stock. It suffers from lack of editing and needless repetitions, in addition to the long, sometimes tedious (“in the weeds”) arguments. Though worth reading, I believe these flaws lessen this book’s worth in Bonhoeffer studies. 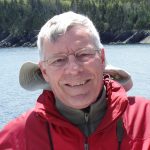 James Dekker is a fully retired pastor of the Christian Reformed Church. In early years he did graduate studies in German and began reading Bonhoeffer while in basic training in the U.S. Army during the Vietnam war. He could not claim conscientious objection because the CRC has no claim to pacifism.