The global refugee crisis is a heated topic. There are ongoing debates over border security and the number of refugees that America will welcome. Recently, President Biden announced that his administration would raise the number of refugees allowed from the extremely low limit that the Trump administration set. These conversations aren’t just happening in the political realm, either. They are happening in the church as well. The care of refugees was center stage in many discussions among Christians during the 2020 Presidential election. That’s what makes Refuge Reimagined such a timely and important book for this moment. Brothers Mark and Luke Glanville work together to address the response of churches and governments to the refugee crisis from the viewpoints of scripture and politics.

They open with the story of a family finding refuge through the ministry of Kinbrace which serves as a touch point throughout the book. The stories of Kinbrace give flesh to the plight of refugees and what a real response to their crisis looks like. The rest of the introduction sets the stage for the theme of the book. This is the idea of kinship. The authors define kinship as, “our sense of family feeling, the ties of commitment that structure our individual identities, and our belonging to others. It addresses the basic questions of relationship: To whom are we obligated? From whom may we expect support?” (9) This theme of kinship is then woven throughout the book as the basis for a biblical and political response to the global refugee crisis. They argue that creating a sense of kinship—welcoming others into our community as family—is God’s desire and design not only for the church, but for nations and ultimately all of humanity (13).

The first part of Refuge Reimagined explores the idea of kinship in the Bible. First, they dig into Deuteronomy, then they survey the rest of the Old Testament, and finally, they study what the life and teachings of Jesus reveal about kinship. The focus of Deuteronomy is God’s command to welcome the stranger. While there is no refugee in Deuteronomy, the stranger is referred to over twenty times. The stranger is, “dependent, landless, and on the lowest stratum of the social ladder” (28). In the cultural context of the Old Testament, the stranger’s situation most closely resembles the life of a refugee. Their argument from Deuteronomy is that God called his people to welcome the stranger into their community as they would a member of their own family or clan. This call is seen repeatedly when the stranger is included in social laws, referenced in the building of Israel’s judicial system, and even included in religious feasts. In the survey of the Old Testament, the authors explore similar themes throughout the Old Testament in stories like the Exodus, the Levitical Law, Rahab, Ruth, and Jonah. These stories reveal God’s desire for Israel’s community to operate as kin and to welcome the vulnerable into their circle as kin.

One interesting highlight is the story of Ezra and Nehemiah. It is one of the few stories where outsiders are excluded from the community, but this is because Israel is vulnerable and in need of protection. The inclusion of outsiders could hurt Israel in this particular moment in Israel’s history. While this seems to go against the grain of welcoming the stranger, it is a further illustration of how, “God makes a covenant commitment with vulnerable groups and vulnerable individuals. Biblical ethics always tilts in favor of vulnerability, whether they are vulnerable people who are displaced from their homes or vulnerable cultures that are seeking to preserve their home” (65-66).

This section concludes with an exploration of Jesus’s life and ministry. They make a case that Jesus’s language, teaching, actions, and miracles are all grounded in the idea of kinship. The authors contend that, “The essential identity of Jesus’s followers was no longer to be sought within their natural kinship groupings. Rather, followers of Jesus found their first kinship with Christ and with the divine father and then with each other” (77). The gospels illustrate this in how Jesus was always breaking ethnic, cultural, and political boundaries with his actions. We find him eating with sinners, touching the unclean, and challenging the rich to give freely without expecting anything in return. In essence, Jesus treated everyone as kin and challenged those around him to do the same.

From Jesus, the authors move on to discuss the church in part two. While this is the shortest section, some readers might find this the most readily applicable because of its practical discussion of how the church should embody the example that Jesus gave to his followers. The writers demonstrate how, “In our shared life as Christ’s people, a local church embodies the kinship and the hope of the kingdom of God. In our words, we call attention to the gracious, healing rule of Christ. In our deeds, we bring the healing of Christ to our neighborhoods and our world, while also receiving healing from others” (102). Essentially, when the church is Christlike, the church embodies the good news through kinship. The section ends, with a few examples from around the world, of people and ministries living out kinship.

The last two sections of the book move the focus from the Bible and the church to the nations and the world. It may seem to some that this is quite a large jump to move from what churches can do to what governments and ultimately the global community can do, but their reasoning for this leap makes sense in light of previous chapters. They argue that God’s plan that humanity should be cared for was not only for his own people, but was also for the world. Communities should care for the weakest and seek justice for all. They write that, “every political community is implicated in the call to justice for the oppressed, to care for the vulnerable, and to kinship with the displaced, which God gave to Israel and that Jesus modeled to those he encountered” (125). From there, the authors dive into various arguments about the role of governments and their right to sovereignty over their borders. There has been much debate in the political realm and even in church circles over the interpretation of Romans 13, whether or not countries should protect themselves from refugees, and how much responsibility nations should carry in the refugee crisis. The authors skillfully tackle each of these debates. It can all be summarized in saying that the focus of our communities, nations, and governments should be on the pursuit of justice and flourishing for all people.

There is so much more to this book than can be described in a brief review.  Refuge Reimagined expertly tackles both the biblical arguments for why we should treat refugees as kin and why the world as a whole should be concerned for the welfare of the displaced. While this is from Intervarsity Press’s academic imprint, the authors have made the political and biblical discussions accessible. They manage to go deep while keeping their arguments clear and to the point. Refuge Reimagined is a valuable resource for pastors, lay leaders, and politicians looking to develop a view of refugee care that is both just and centered on human flourishing. 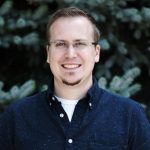 Peter Stevens is a barista in Maryland. When he’s not making coffee, he’s hanging out with his family, reading, and occasionally writing about books and formation at peterstevensblog.wordpress.com.