A World Sleepwalking Towards Disaster

Lorna Gold’ s Climate Generation is an impassioned plea for our planet’s future. Gold uses the metaphor of the angry roar of a lioness protecting her cubs in her plea for “children, parents and grandchildren to rise up and get angry.” Time is running out to save our planet from irreversible climatic change. Gold imagines a balloon that is already filled close to bursting. Only ten more years remain before the accumulated carbon dioxide in the earth’s atmosphere exceeds critical and irreversible limits.

Climate Generation is written as the story of a young mother’s awakening to the coming disaster, framed by an imagined conversation in the future with her grown-up children – “what did you do to stop this?” Gold has impeccable credentials for telling this story – vice-chair of the Global Catholic Climate Change Movement, adviser to the Irish Government, international development expert. She puts a personal face on the coming crisis in which floods and droughts in East Africa could radically alter the economic outlook of a region that has only recently clawed its way out of poverty, in which traditional livelihoods are being lost in the Caribbean and in the Arctic, in which a mass extinction of sea turtles, polar bears, butterflies, and coral is a foreseeable outcome.

Gold frames the solution in terms of our responsibility for our human home, our planet. She draws on Pope Francis’s 2015 Encyclical, Laudato Si, to ask that we care for our common home as we would “care for a sister with whom we share our lives.” She cites Pope Francis’s plea that we discover the joy and mystery of embracing care and tenderness for this planet, in place of technological dominance.

Gold’s passion is solidly rooted in climate change and economic studies. Alongside Pope Francis she cites the detailed analyses of international agencies, climate activist Bill McKibben, and the former governor of the Bank of England, Mark Carney. In 2015, Carney recognized climate change as a major threat to international economic stability and advanced a scenario in which demand for oil and fossil fuels shrinks and the asset values of the oil companies, which are based on their reserves, are reduced overnight to zero – the collapse of an asset bubble creating havoc on world markets.

Gold sees a world sleepwalking towards disaster. She calls for individual action, reducing our household ecological impacts,  and for collective action, such as labeling energy companies as ecological predators and calling for active disinvestment by mutual funds, on the model of the international boycott of apartheid South Africa. Politicians, Gold says, and their international agreements are just going through the motions. Now is the time for mothers and grandmothers to rise up and get angry, and to do so with the full moral force of Pope Francis’s ecological encyclical, Laudato Si. The coronavirus pandemic has reduced world carbon emissions by 7%: can we wring some hope from the current crisis by making this reduction permanent and healing our planet? 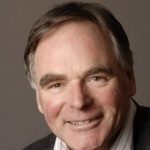 Jeremy Ingpen is a translator and landscape restorer. His blog ‘A World within a World’ can be found at https://transfiguringtime.com/blog