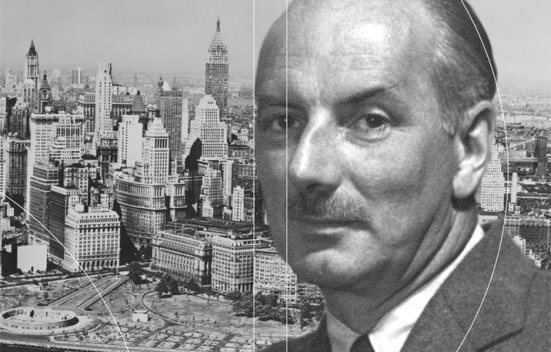 In honor of the occasion, we offer this introductory reading guide to Lewis Mumford books .

Lewis Mumford was a historian and critic, whose published work was broad ranging, including works of literary criticism, history, architectural criticism, philosophy, and more. His book The City in History won the National Book Award in 1961, but he is perhaps best known for his critical works on technology that would influence later scholars including Jacques Ellul, Marshall McLuhan, and others.

A solid introduction to the work of Lewis Mumford , this Reader reflects the breadth of Mumford’s work.

Lewis Mumford (1895-1990) produced a body of cultural criticism and commentary that for its range and richness is unmatched in modern American letters. Author of countless articles and more than thirty books – including the landmark works The Culture of the Cities and The City in History – Mumford is arguably this century’s foremost architectural critic. In addition, he shaped some of the most important public policy debates of our time, writing with vigor on such issues as urban development, transportation policy, land planning, the environment, nuclear disarmament, and the problems and promises of technology.

Image Credit: From the cover to the paperback edition of the excellent book Lewis Mumford: A Life… (Buy it now!)