Unbroken and Unbowed: A History of Black Protest in America
Jimmie R. Hawkins

Reviewed by Andrew C. Stout
In June of 2020, like so many others, I participated in one Black Lives Matter demonstration after another. Crowds of protesters – Black and white, young and old – marched, chanted, and held signs aloft as Black organizers led us through St. Louis streets that have too often been the site of Black oppression. George Floyd, Ahmaud Arbery, and Breonna Taylor were the names most frequently on people’s lips and emblazoned on poster boards. The anxiety and anger that had built over the first months of the pandemic, as we watched Black lives snuffed out in video after video, found an outlet as the call of “WHOSE STREETS?” barked through a megaphone, and was answered with the declaration “OUR STREETS!” To those attuned to the sacred, it was hard to avoid the sense of something holy in the call of “NO JUSTICE!” and the response of “NO PEACE!”

In St. Louis, these demonstrations were suffused with the memory of protests just a few years earlier, following the 2014 murder of Michael Brown at the hands of the Ferguson police. I suspect that, like me, many demonstrators in the summer of 2020 were motivated in part by their failure to publicly protest that earlier miscarriage of justice. Our protest was no knee-jerk reaction; it was a desperate cry of anger over the accumulating instances of violence against our Black neighbors to which we were witnesses. While the protesters in 2014 had been overwhelmingly Black, the multicolored crowds in 2020 attested to a growing recognition that Black oppression has not abated.

The increased awareness of the contemporary contours of Black oppression calls not only for protest but for education. In Unbroken and Unbowed, Jimmie R. Hawkins educates readers on the breadth and depth of Black protest in America. Not only does Hawkins chronicle the history of Black resistance to oppression, but he offers a critical history of America through the lens of Black-led protest.

Hawkins claims that his is the first book to cover the entire history of Black protest in America, starting in the fifteenth century through the twenty-first. The book’s five sections illustrate the evolving identity of African Americans. The first, “African Protest,” covers the first few centuries of the nation’s history when African identity was still dominant among the enslaved. The second, “The Protest of the Enslaved,” describes the era when “Colored” was the term that conferred dignity. The third section, “Protesting Reconstruction’s Failure’s,” covers the time between Reconstruction and the civil rights movement, when “Negro” was the preferred term. Section 4 tells stories of protest from “The Civil Rights and Black Power Movements,” with their insistence on “Black” and “Afro-American.” Finally, we arrive at the contemporary of identity marker of “African American,” in “Protest in a Rapidly Changing World.” Hawkins is fully aware that these terms cannot be neatly contained within a given era, nor that any of them have ever been uncontested. However, his use of each to mark a distinct period evokes the creative and evolving nature of Black protest.

The strength and the distinguishing feature of Unbroken and Unbowed is the way that it puts the holistic quality of Black protest on display. Hawkins states that there are two certainties about the Black experience in America: “It has been an experience of racist discrimination and terrorism, and it has been one of resistance” (12). These twin certainties account for the flow of the book. In each time period discussed, Hawkins sets the context by describing the conditions of discrimination that Black people faced, followed by the various means of resistance they employed to survive and to assert their humanity. Some examples of resistance are clear cut, as when he claims that “The abolitionist movement was one of the most definitive protest movements in the history of the world” (82). Others are less intuitive, as when Hawkins notes the institution building of Black people in the South during Reconstruction, “combining their meager resources to construct churches, schools, and businesses” (105). He frames these efforts as a form of protest that laid the organizational groundwork for the more explicit protest of the civil rights movement. Later, Hawkins points to the Harlem Renaissance as “a major protest against the idea of Black inferiority” (161), and he documents more contemporary examples of Black literature, film, music, athleticism, and philanthropy as actions of protest in a country defined by white supremacy.

Hawkins inundates the reader with story after story of Black accomplishment and culture building that function as acts of protest against American inequality. His expansive definition of Black protest is at times perhaps too expansive. While he gives space to explicit acts of civil disobedience and other forms of political protest, the Birmingham civil rights revolution of the mid-1960s is only briefly mentioned. Hawkins’ goal of emphasizing the holistic nature of Black protest is an excellent one. However, it does result in giving short shrift to a movement like Birmingham, which was truly revolutionary in the way that it met the brutal violence of white supremacy with a disciplined, peaceful protest of love. A history of Black protest that fails to give as crucial an episode as Birmingham sufficient treatment tells a story that feels slightly out of balance.

Another key feature of Hawkins’ book is his focus on the protest of Black athletes, both in using their platform to speak out on social issues and in displaying excellence and joy in their athleticism. The book begins with a discussion of NFL quarterback Colin Kaepernick’s protest against police brutality, as he knelt during the playing of the national anthem starting in August of 2016. Hawkins highlights the many Black athletes that have voiced similar feelings, including Jackie Robinson, who said that “I cannot salute the flag; I know that I am a black man in a white world” (2). Hawkins grounds the wave of protest by contemporary Black athletes in a tradition that goes back virtually to the nation’s founding. As a baseball fan, who watched even the most controversy-averse Major League Baseball franchises offer shows of support for the Black Lives Matter movement in 2020, this section was the one which evoked the strongest emotions for me.

A word should be said about the book’s treatment of Black religion and the Black church. Hawkins is an ordained minister in the PC(USA) and the director of the denomination’s Office of Public Witness. As a pastor engaged in social action, Hawkins embodies the insight he offers about the relationship between the Black church and activism: “Faith is central to every protest movement for Black Americans and essential to every aspect of life” (75). He shows further that “the Black church has been one of, and in many communities, the key institution providing spiritual and societal empowerment for the Black community” (113). The Black church is not the focus of the book, but it is present throughout as the assumed context of much Black protest.

If Nikole Hannah-Jones’ 1619 project has a goal of reorienting us to our nation’s origin and development from the perspective of the oppressed, Hawkins similarly reorients our understanding of the nation’s history of political and social protest. That protest has involved marches and acts of civil disobedience for sure. But those extraordinary acts are supported, strengthened, and enabled by the existence and flourishing of Black people in a country constructed under the assumption of their inferiority. That very existence and flourishing in the face of oppression is itself an act of resistance. For me, Hawkins’ recounting of and commentary on the history of Black protest reframes the experience of the Black Lives Matter demonstrations in the summer of 2020. Hawkins’ treats the movement as one of immense social import, and he does so by showing its continuity with a constructive and evolving tradition of protest that has sustained Black people through a shifting landscape of American discrimination. 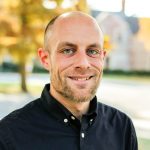