The Lifeblood of Prayer

A relative of mine who is a 92-year-old retired pastor speaks for many of us when he laments the state of the church as we come out of this pandemic. Why, he wonders, are people not returning to church? Why indeed? Perhaps this pandemic has simply accelerated a shift that was already in motion in our country, but it certainly has raised this question for many of us. Why does it seem like church is becoming less important to so many among us?

Jason Baxter’s book may not be a direct attempt to address this question, but it offered me a place to turn as I wrestle with this topic. His book helped me to unpack a famous insight by the twentieth-century theologian Karl Rahner that has long seemed intuitively true to me: “The devout Christian of the future will either be a ‘mystic’ – someone who has ‘experienced something’ – or will cease to be anything at all.”

Mysticism is important to the future of the church, Baxter explains, in part because we now live in a “secular age” and in a world in which cultural Christianity no longer exists. “For the first time in history, it is possible to spend your whole life not just without encountering God, but without even knowing you were supposed to.” This is not a new discovery, of course. The philosopher Charles Taylor famously explored this topic in his magisterial book, A Secular Age. Baxter quotes Taylor in his introduction, who offers this way of putting the question: “why was it virtually impossible not to believe in God in, say, 1500 in our Western society, while in 2000 many of us find this not only easy, but even inescapable?” Why indeed? And what is its cost?

This “secular age” has led to Baxter’s conviction that “we moderns, who have come to feel that religion is some sort of process of self-improvement or inculturation into civic duty, need to recover the premodern vision of God in all its fierce joy and heartening wildness.” His book is an attempt to do just that – to help us recover “the wildness of spiritual life” by turning us to the mystics of the church, and particularly to their premodern vision of God. Finding ourselves in this “desert of modernity” in which we live, we can be helped by those who have lived faithfully in other “desert” eras, and to learn from them where to find nourishment for our souls.

Mysticism, Baxter acknowledges, is not universally recognized as a fundamental part of Christianity. But that is our loss, because mysticism is not about “voices or visions” or “personal revelation.” It is simply about “God, beauty, prayer, and the depth of the soul.” It is a “rational, ethical, and systematic preparation for an experience of the fullness of God.” It takes us toward “the edge of language,” but at its heart it is nothing more than a desire to hear God’s voice. It is not, or should not be, foreign to Christianity, although it certainly seems to be these days. And so, Baxter offers us this overview of Christian mysticism, hoping to help the church return to seeing it “as the lifeblood of prayer” and as the path toward a revitalized church.

The first chapter of this book was the most helpful one for me, “The Christian of the Future in the Desert of Modernity.” In this chapter Baxter explores the “silence of God in the twentieth century,” what Christians have referred to as “the cosmic chill” (John Burroughs), a “waste land” (T.S. Eliot), “the absent God” (Susan Taubes), or the “whole world’s dark night of the soul” (Flannery O’Connor). It is not that God is truly absent, of course. But, as John Henry Newman presciently put it before the twentieth century even began, “He is still here; He still whispers to us, He still makes signs to us. But his voice is so low, and the world’s din is so loud, and His signs are so covert, and the world is so restless, that it is difficult to determine when He addresses us, and what He says.” Baxter helps us to explore this further by introducing us to some well-known figures of the twentieth century, people like Shusaku Endo, Thomas Merton, Karl Rahner, and Louis Dupre, to name a few.

Subsequent chapters take us through some of the main historical figures in Christian mysticism, beginning with pre-Christian Greek philosophers, followed by well-known Christians of old like Augustine, Gregory of Nyssa, Benedict, Evagrius, and Meister Eckhart. He concludes the book by looking at the “kindness of God” through the eyes of Bernard of Clairvaux, Julian of Norwich and others.

Perhaps it is asking too much, but I would have liked for each of these chapters to spend more time considering what these mystics might have to say to us today, rather than just providing an overview of their contribution. It also would have been helpful for Baxter to offer suggestions for further reading when one of these particular mystics spoke to the reader. And I would have appreciated study questions at the end of each chapter as well, and perhaps even spiritual exercises based on these mystics’ contributions.

But overall, I am thankful for Baxter’s introduction to Christian mysticism and for his persistent invitation to recover “the wildness of spiritual life.” As we grapple with the question of how to live faithfully in a world that no longer believes that it needs God, this book offers us timely guidance. Baxter concludes his book by claiming that recovering this vision is now an urgent task, and I agree. If there are to be devout Christians in the future, they will be mystics, people who have personally experienced God’s love and who hunger to hear God’s voice. And they will need trustworthy guides like Jason Baxter to help them on their journey. 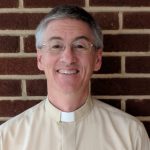 James Laurence is a husband, father to two children, and serves as the Pastor of First Lutheran Church in Albemarle, North Carolina. He enjoys the nearby Uwharrie National Forest, particularly hiking and running its many trails, but nothing beats being on his quiet back porch with a good book. He shares his pastoral ponderings at: https://mypastoralponderings.com/