With in-person work and worship resuming, many of us face a reckoning with our pandemic hygiene habits. As James Hamblin argues in his book Clean, that’s probably a good thing.

If you’re like me, your skin probably isn’t the first thing you’d list among those changed by the pandemic. But in Hamblin’s telling, our skin often proves a kind of canary in the coalmine. A few years before writing Clean, he stopped taking showers — a move that yielded surprising insights: “Breaking out or smelling bad usually coincided with other factors: stress, sleep deprivation, generally not thriving.”

In other words, smelling bad had less to do with soap, more with life. Indeed, despite decades of striving to scrub disease away, it turns out we often strip good things along with the bad. Why do we scrub so zealously? “For most of human history, cleaning oneself was more about spirituality and ritual than about any modern notion of health or beauty,” Hamblin writes. This didn’t always work out well.

Hamblin’s account suggests Christian practice helped the plague gain hold in Europe. With Jesus’s emphasis on the importance of heart cleanliness, coupled with the theology of grace and an increase in Gentile converts, early Christians may have seen Jews’ fastidious washing as marks of the works-based religion they sought to leave behind. (The irony that Hamblin preaches something like medieval Christians’ limited bathing seems to escape him.)

Compared to many other books of secular, long-form journalism, Hamblin pays impressive attention to the religious aspects of his subject, but he misses how Christians’ struggle with Gnosticism affects hygiene, too. Too easily and often, our efforts to avoid sexual sin lead to throwing out the goodness of bodies with the, er, bathwater. And in modern times, it doesn’t help that many of us scarcely need our bodies to do our jobs.

For most of my own professional career in communications, this certainly held true. Then in 2018, I quit my job to spend 17 months researching singleness among Christians around the world. Almost overnight, my work moved from something largely computerized and disembodied to a task intensely intimate and embodied, as I spoke with more than 300 Christians in nearly 40 countries.

But except when having to heft my hundred pounds of luggage, I didn’t much notice my body’s new role. Nor did I give my body much thought in forming my post-research plan. Indeed, it was not until I got several chapters into Clean — by then having spent more than a year in Anchorage, Alaska — that it dawned me how much this new home has helped my body.

For a book about skin, Clean covers many subjects I didn’t expect. Hamblin covers everything from the history of soap to how our war on bacteria has helped increase allergies and “superbugs.” Along the way, he repeatedly shows that what our skin often needs is less: fewer products and reduced disruption of the complex microbiome in which God enrobed us.

Among the few things our skin needs more of? Fresh air and exposure to plants. In one especially provocative section, Hamblin reports on a 2016 allergy study that compared an Indiana Amish community to Hutterites in South Dakota. Despite many similarities between the two groups, the researchers found far fewer allergies among the Amish, who lived much closer to their farms than the Hutterites.

I live in a fairly urban area, so the significance of this didn’t strike me until a later chapter that mentioned trees. “The grounding effect of walking into a forest can be in part due to the change in the air that’s hitting our airways and skin,” Hamblin writes. And then it hit me.

After 15 years spent in the concrete canyons and steel-clad forests of New York and San Francisco, I now live in a city filled with trees. And because of how the pandemic has changed social life, I’ve built much of my friend time around long walks — most along the hundreds of miles of wooded trails that Anchorage boasts. Without knowing it, I chose a new home ideally suited to helping my body heal from both the ravages of travel and multiple parasites.

Clean is not a perfect book. Though Hamblin tries to acknowledge his position as a man of European heritage, his attempts to tell a more inclusive story of skin fall short. The last chapter includes a scant nine pages on global sanitation that read like a last-minute addition aimed at diversifying his otherwise mostly white story. The section only emphasizes how narrow a story Hamblin tells. Worse, it reinforces a narrative of majority-world poverty and helplessness that only white saviors can solve.

Given the importance of fresh air and plants that Hamblin recounts, a better book would have looked at both the majority world’s strengths and weaknesses in skincare — and done so throughout Clean. That’s not the book he wrote. Hamblin would have done better to acknowledge his limited focus than try to “fix” it in the way he does. Another of my pandemic reads, Adam Minter’s Secondhand, does a far better job balancing both the U.S. and global aspects of its subject. Minter’s book blends in-depth reporting on both American businesses and several operations around the world — including in Asia and Africa. The result is a much richer look at his subject that resists and even upends clichés about the majority world.

Cancel-culture advocates might conclude that Hamblin’s book is too flawed to recommend. Others might roll their eyes at my mentioning Hamblin’s race problem at all. But doesn’t a fair book review assess both strengths and weaknesses? When done well, that provides the kind of complex analysis we too often dismiss these days.

Christians ought to champion such honesty, but too often we lead the ranks in all-or-nothing assessments. Either we insist that someone we like has no real flaws at all (while damning any critics as guilty of disloyalty and divisiveness), or we deem a person so wrong-headed that they become an enemy we refuse to love or even treat respectfully. But one of the reasons I most love the Bible is its refusal to adopt such binary thinking.

As a Christian reading Clean, I left it amused and challenged, but also unsatisfied with its handling of how skin care varies with ethnicity and wealth. As a writer, it left me humbled by the reminder of how hard it is to view a subject from all sides. Those are lessons we could all use these days: Our bodies matter in ways we often overlook. Humor, fresh air and time in nature help us all. Learning about lives different from our own is worth doing, but takes hard work. Honest assessments of both others and ourselves tell a more complicated story than we’re often comfortable with. 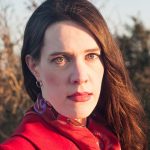 Anna Broadway is working on a book about the global experience of singleness. She is the author of Sexless in the City: A Memoir of Reluctant Chastity.