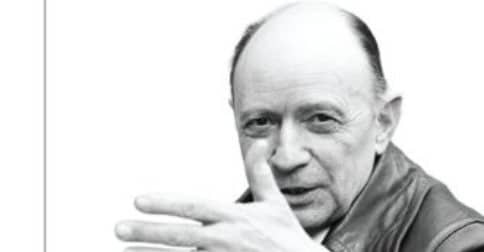 This week marked the anniversary of the death of Jacques Ellul….

Jacques Ellul was one of the keenest and most provocative Christian thinkers of the 20th century. In remembrance of him, we offer this introductory reading guide to Jacques Ellul books , highlighting his most important books and suggesting an order in which to read them.

Our Guide to Jacques Ellul Books

3) The Subversion of Christianity

This book is particularly timely in our day, where Christianity is depicted to the world at large through extreme and distorted examples like the Duggars, Pat Robertson, or Mark Driscoll. “Pointing to the many contradictions between the Bible and the practice of the church, Jacques Ellul asserts in this provocative and stimulating book that what we today call Christianity is actually far removed from the revelation of God. Successive generations have reinterpreted Scripture and modeled it after their own cultures, thus moving society further from the truth of the original gospel. The church also perverted the gospel message, for instead of simply doing away with pagan practice and belief, it reconstituted the sacred, set up its own religious forms, and thus resacralized the world. Ellul develops several areas in which this perversion is most obvious, including the church’s emphasis on moralism and its teaching in the political sphere. The heart of the problem, he says, is that we have not accepted the fact that Christianity is a scandal; we attempt to make it acceptable and easy — and thus pervert its true message. Ultimately, however, Ellul remains hopeful. For, in spite of all that has been done to subvert the message of God, the Holy Spirit continues to move in the world.”

IMAGE CREDIT: From the Cover of Understanding Jacques Ellul