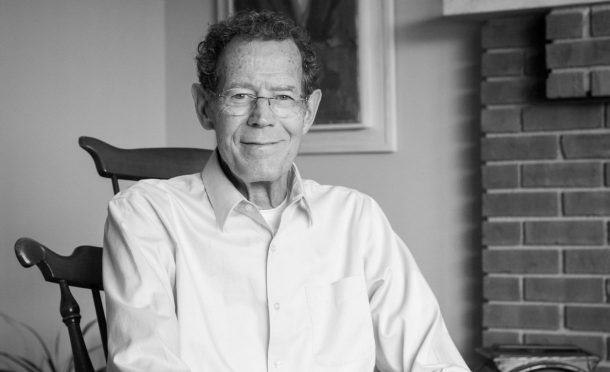 A Tribute by Paul Blowers

The son of a West Virginia coal miner, Bob Hull went to Milligan College (TN) as the first National Merit Scholar in the school’s history, earned a Master of Divinity from the relatively young Emmanuel School of Religion, and eventually acquired a Ph.D. in New Testament from Princeton Theological Seminary, where he wrote his dissertation on text criticism under the renowned Bruce Metzger. Bob remained his entire life a “son of Appalachia,” becoming an expert dulcimer and guitar player and singing ballads and hymns from the region; he was a natural-born storyteller and remained tremendously knowledgeable of the cultural history of Southern Appalachia.

It was all the more appropriate, then, that as a seminarian Bob served as minister to the Loyall Church of Christ in Loyall, Kentucky, a small but thriving congregation in Harlan County, where he endeared himself to the local people and earned pastoral and preaching experience. During his years as a Ph.D. student, he also served as a minister of youth and education at the much larger Mountain Christian Church in Belaire, Maryland. In 1977 he began a distinguished career as a professor of New Testament at Emmanuel School of Religion (now Emmanuel Christian Seminary at Milligan University), eventually becoming Academic Dean. Bob’sscholarship magnificently bridged academy and church. A specialist in text criticism, he also became an expert on the history of the biblical canon and on modern English translations of the Bible, a knowledge which he loved to share in the context of Sunday School teaching at Grandview Christian Church in Johnson City, Tennessee, where he was an active member and leader for many years.

Bob published scholarly work in the area of New Testament all through his career, culminating in his last major work, The Story of the New Testament Text: Movers, Materials, Motives, Methods, and Models (SBL Press, 2010). But besides his scholarly publications, he consistently wrote substantive articles on biblical interpretation and current issues in The Christian Standard, the preeminent periodical serving the Christian Churches/Churches of Christ. This gave his teaching a much broader base of influence, and people would often save his essays for discussion in local churches and in Bible studies.

In his teaching and preaching, Bob modeled a Christian wisdom that was his true spiritual gift, rendered all the more compelling by the humble and gentle spirit in which all his communication was couched. Friends and colleagues consistently gravitated to his stability, and his masterful ability to bring Scripture alive and to bolster Christian discipleship. This was his passion, and while ecumenically minded (he had been a Resident Scholar at the Institute for Ecumenical and Cultural Research at St. John’s University in Collegeville, MN during a sabbatical, 1998-99), his devotion was strongly to the local church as the matrix of commitment and action in all aspects of ministry. He evidenced this in his church involvement, including his devotion to his congregation’s participation in Family Promise (formerly Interfaith Hospitality Network), a ministry to the homeless.

Throughout his life, Bob had been affiliated with the Stone-Campbell tradition, and he consistently sought to serve its institutions and ministries as well as its churches. He believed in the principle of semper ecclesia reformanda, the need for the church—and in this case the Stone-Campbell Movement—to be constantly reforming itself in a spirit of healthy self-criticism and continued recontextualization of the Movement’s best ideals. While committed to the primal authority of Scripture and careful exegetical study of the sacred text, he also believed that a narrow biblicism that ignored the focusing role of the church and its tradition, or that resisted constructive theology, was not in the Christian best interest. This was the gist of his excellent essay two decades ago, “The Bible Only? Too Many (Cracked) Eggs in One Basket,” Stone Campbell Journal 5 (2002), 3–23. Bob also believed that the methods and models of critical interpretation could fortify rather than hinder the church’s witness to the power of the Word, and applied this with respect to another of his passions, to help open doors for women in all aspects of ministry in churches where those doors had been closed for decades. He saw “no male nor female” in Christ (Gal. 3:28) as a crucial ecclesiological lens on Christian ministerial vocation.

Bob leaves behind his beloved wife of 57 years, Loretta, three children, and several grandchildren and great-grandchildren, all of whom he cherished, and vice versa. His spirit has profoundly shaped the ethos of Emmanuel Christian Seminary and will continue to do so. His former colleagues at Emmanuel are profoundly grateful for his friendship and leadership as well
as his rich scholarship. Soli Deo gloria.

Links to other work by Dr. Hull

Hull was a strong advocate of women in ministry, but such wasn’t always the case. Listen to him share his journey in biblical study that led him to become a supporter of female leadership in the church.

Hull believed songs of praise were an essential part of our spiritual formation, in helping us recognize and hone our gifts. Read his reflection on Philippians 2:5-11: “This Is My Song, But Is It My Story?”

Hull liked a good story and believed that telling stories– our own included– was vital to our growth as Christians. Read “Getting Our Stories Straight: A Meditative Reading of Philippians 3:2-11.”

Hull wrote about our Christian obligation and commitment to one another in “The Family of Flesh and the Family of Faith: Reflections on the New Testament Household Codes.”

Hull shared his thoughts on aging and dying in the Christian Standard in the article “My Theology and My Approach to Aging.” 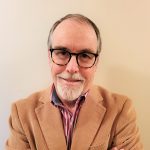 Paul Blowers is the Dean E. Walker Professor of Church History at Emmanuel Christian Seminary at Milligan University. He is a scholar of patristics and early Christianity and has also written broadly on the Stone-Campbell heritage. Beyond the classroom, Paul is an active member of Grandview Christian Church and a volunteer chaplain in Johnson City, Tennessee. He and his wife Sandy, a nurse and teacher, have four children and fourteen grandchildren.