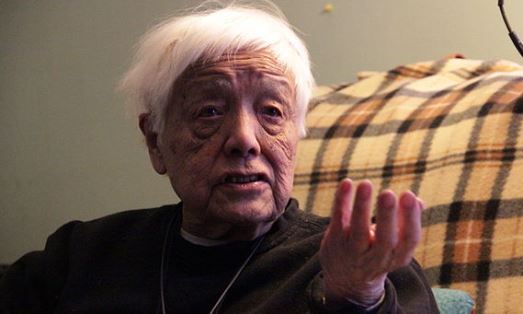 Grace Lee Boggs, was “one of the nation’s oldest human rights activists, who waged a war of inspiration for civil rights, labor, feminism, the environment and other causes for seven decades with an unflagging faith that revolutionary justice was just around the corner” (NY Times).

She founded Detroit Summer, a multicultural intergenerational youth program, in 1992 and was the recipient of numerous awards. Additionally, Boggs’ home in Detroit also serves as headquarters for the Boggs Center to Nurture Community Leadership. The Boggs Center was founded in the early 1990s by friends of Grace Lee and James Boggs and continues to be a hub for community-based projects, grassroots organizing, and social activism both locally and nationally. Her life is the subject of the documentary film American Revolutionary: The Evolution of Grace Lee Boggs (2013), produced and directed by the American filmmaker Grace Lee. (via Wikipedia)

She died on October 5.