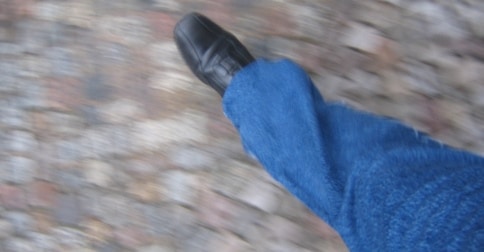 Yesterday marked the 200th anniversary of the birth of Henry David Thoreau.

Although best known for his books Walden and Civil Disobedience, one of Thoreau’s most poignant works for our fast-paced world is his treatise on walking.

Here are five of the most relevant and compelling passages from this work:

The walking of which I speak has nothing in it akin to taking exercise, as it is called, as the sick take medicine at stated hours–as the Swinging of dumb-bells or chairs; but is itself the enterprise and adventure of the day. If you would get exercise, go in search of the springs of life. Think of a man’s swinging dumbbells for his health, when those springs are bubbling up in far-off pastures unsought by him!

Moreover, you must walk like a camel, which is said to be the only beast which ruminates when walking. When a traveler asked Wordsworth’s servant to show him her master’s study, she answered, “Here is his library, but his study is out of doors.”

Living much out of doors, in the sun and wind, will no doubt produce a certain roughness of character–will cause a thicker cuticle to grow over some of the finer qualities of our nature, as on the face and hands, or as severe manual labor robs the hands of some of their delicacy of touch. So staying in the house, on the other hand, may produce a softness and smoothness, not to say thinness of skin, accompanied by an increased sensibility to certain impressions. Perhaps we should be more susceptible to some influences important to our intellectual and moral growth, if the sun had shone and the wind blown on us a little less; and no doubt it is a nice matter to proportion rightly the thick and thin skin. But methinks that is a scurf that will fall off fast enough–that the natural remedy is to be found in the proportion which the night bears to the day, the winter to the summer, thought to experience. There will be so much the more air and sunshine in our thoughts. The callous palms of the laborer are conversant with finer tissues of self-respect and heroism, whose touch thrills the heart, than the languid fingers of idleness. That is mere sentimentality that lies abed by day and thinks itself white, far from the tan and callus of experience.