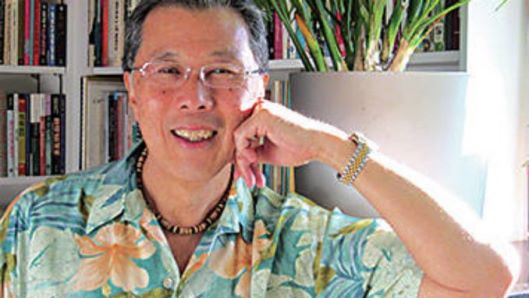 May is Asian American and Pacific Islander (AAPI) Heritage Month.

For the occasion, we introduce several books by Gary Okihiro , a historian whose work is essential to understanding the history of AAPI peoples.

“The standard narrative of Asian American history begins with Asians, mainly Chinese, immigrating to California to escape poverty in search of new opportunities, not unlike Europeans. I maintain that Asians did not go to America; Americans went to Asia. I thus situate this telling within the expansion of European imperialism. The US recruited Pacific Islanders and Asians as migrant laborers in the global traffic of goods and labor.”   -Gary Okihiro

Gary Okihiro is an American author and scholar. Currently at Yale, he was a professor of international and public affairs at Columbia University in New York City and the founding director of Columbia’s Center for the Study of Ethnicity and Race. Okihiro received his Ph.D. from the University of California, Los Angeles in 1976.

He is the author of twelve books, six of which have won national awards, and dozens of articles on historical methodology and theories of social and historical formations, and the history of racism and racial formation in the U.S., African pre-colonial economic history, and race and world history.

Okihiro is the originator of “social formation theory,” which he defines as the forms and processes of power in society to oppress and exploit. By forms, he means the discourses and practices of race, gender, sexuality, class, and nation, and by processes, he refers to the articulations and intersections of those social categories. Power is agency, while oppression is the restriction of agency, and exploitation, the expropriation of land and labor. Okihiro has also proposed a field of study that he calls “Third World studies” from the “Third World curriculum” demanded by students of the Third World Liberation Front in 1968. Third World studies, he contends, is the correct name for the field now known as “ethnic studies.” He explains that name switch and some of its consequences in his book, “Third World Studies: Theorizing Liberation” (2016).

Here are some of the most important books by Gary Okihiro …