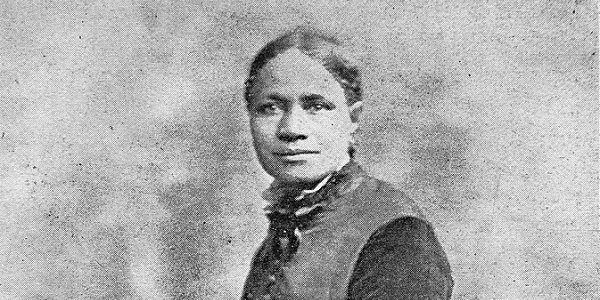 This week marks the anniversary of the death of Black poet and novelist Frances Ellen Watkins Harper, and for the occasion we remember her life and work…

This week’s FREE ebook download is the poetry collection :

Frances Ellen Watkins Harper (September 24, 1825 – February 22, 1911) was an abolitionist, suffragist, poet, teacher, public speaker, and writer. She was one of the first African American women to be published in the United States. Born free in Baltimore, Maryland, Harper had a long and prolific career, publishing her first book of poetry at the age of 20. At 67, she published her widely-praised novel Iola Leroy (1892), placing her among the first Black women to publish a novel.

As a young woman in 1850, she taught domestic science at Union Seminary in Columbus, Ohio, a school affiliated with the AME Church. In 1851, while living with the family of William Still, a clerk at the Pennsylvania Abolition Society who helped refugee slaves make their way along the Underground Railroad, Harper started to write anti-slavery literature. After joining the American Anti-Slavery Society in 1853, Harper began her career as a public speaker and political activist.

Harper also had a successful literary career. Her collection Poems on Miscellaneous Subjects (1854) was a commercial success, making her the most popular African American poet before Paul Laurence Dunbar. Her short story “Two Offers” was published in the Anglo-African in 1859, making literary history as the first short story published by a Black woman. (via Wikipedia)