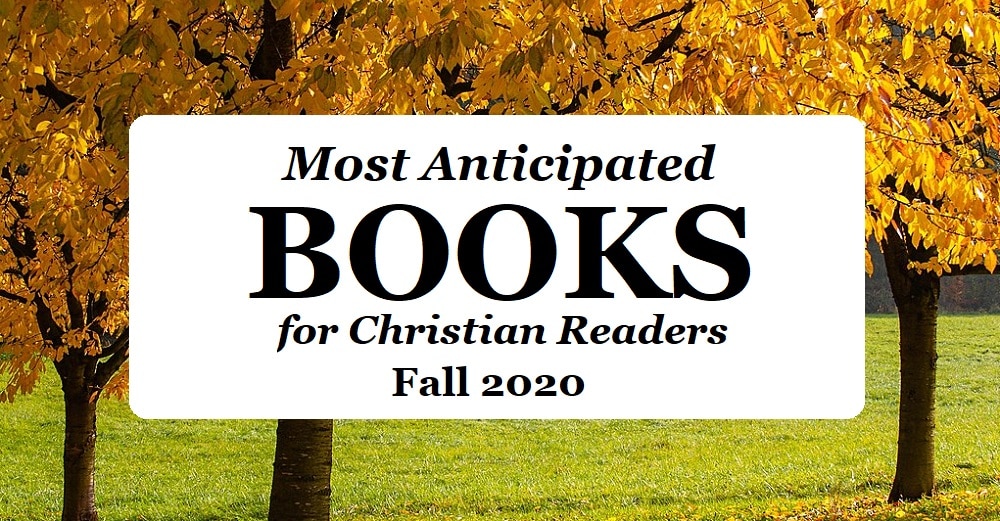 Between now and the end of the year, a ton of excellent new books will be released, many of which were delayed by the COVID-19 pandemic! Here are 30 of our most anticipated books of Fall 2020 for Christian Readers…

These anticipated books of fall 2020 wrestle with some of the deepest challenges of our day, and will guide us toward faithful living in the present and in years to come.

Powerful and tense, Thoughts & Prayers is an extraordinary novel that explores what it means to heal and to feel safe in a world that constantly chooses violence.

Claire, Eleanor, and Brezzen have little in common. Claire fled to Minnesota with her older brother, Eleanor is the face of a social movement, and Brezzen retreated into the fantasy world of Wizards & Warriors. But a year ago, they were linked. They all hid under the same staircase and heard the shots that took the lives of some of their classmates and a teacher. Now, each one copes with the trauma as best as they can, even as the world around them keeps moving.

Told in three loosely connected but inextricably intertwined stories, National Book Award–longlisted author Bryan Bliss’s Thoughts & Prayers follows three high school students in the aftermath of a school shooting. Thoughts & Prayers is a story about gun violence, but more importantly it is the story of what happens after the reporters leave and the news cycle moves on to the next tragedy. It is the story of three unforgettable teens who feel forgotten.

The Sacred Overlap: Learning to Live Faithfully in the Space Between

The widening of political, racial, generational, and religious differences often leads to an “us vs. them” mentality all too common today. In The Sacred Overlap, author J.R. Briggs communicates a refreshing vision that embraces tension and calls us to live in radical love and faithfulness between the extremes that isolate and divide people.

Read the gospels and you’ll see how Jesus was committed to crossing cultural, social, political and religious either/or waters, engaging in many and/also activities. He comforted the disturbed and also disturbed the comfortable. He was too religious for the pagans and also too pagan for the religious elites. He hung out with filthy lepers and also dined with the filthy rich. He was alarming and disarming at the same time.

Gifty is a sixth-year PhD candidate in neuroscience at the Stanford University School of Medicine studying reward-seeking behavior in mice and the neural circuits of depression and addiction. Her brother, Nana, was a gifted high school athlete who died of a heroin overdose after an ankle injury left him hooked on OxyContin. Her suicidal mother is living in her bed. Gifty is determined to discover the scientific basis for the suffering she sees all around her. But even as she turns to the hard sciences to unlock the mystery of her family’s loss, she finds herself hungering for her childhood faith and grappling with the evangelical church in which she was raised, whose promise of salvation remains as tantalizing as it is elusive. Transcendent Kingdom is a deeply moving portrait of a family of Ghanaian immigrants ravaged by depression and addiction and grief–a novel about faith, science, religion, love. Exquisitely written, emotionally searing, this is an exceptionally powerful follow-up to Gyasi’s phenomenal debut.

Work and Worship: Reconnecting Our Labor and Liturgy

The chasm between work and worship has a devastating effect on the health, vibrancy, and effectiveness of both our labor and our liturgy.

Drawing on years of ministry, teaching, and leadership experience, the authors explain that our Sunday worship and our Monday work desperately need to inform and impact each other. They engage in a rich biblical, theological, and historical exploration of the deep connections between worship and work, showing Christian leaders how to help people practice the presence of God in and through their daily work.

Reading While Black: African American Biblical Interpretation as an Exercise in Hope

Growing up in the American South, Esau McCaulley knew firsthand the ongoing struggle between despair and hope that marks the lives of some in the African American context. A key element in the fight for hope, he discovered, has long been the practice of Bible reading and interpretation that comes out of traditional Black churches. This ecclesial tradition is often disregarded or viewed with suspicion by much of the wider church and academy, but it has something vital to say. Reading While Black is a personal and scholarly testament to the power and hope of Black biblical interpretation. At a time in which some within the African American community are questioning the place of the Christian faith in the struggle for justice, New Testament scholar McCaulley argues that reading Scripture from the perspective of Black church tradition is invaluable for connecting with a rich faith history and addressing the urgent issues of our times. He advocates for a model of interpretation that involves an ongoing conversation between the collective Black experience and the Bible, in which the particular questions coming out of Black communities are given pride of place and the Bible is given space to respond by affirming, challenging, and, at times, reshaping Black concerns. McCaulley demonstrates this model with studies on how Scripture speaks to topics often overlooked by white interpreters, such as ethnicity, political protest, policing, and slavery. Ultimately McCaulley calls the church to a dynamic theological engagement with Scripture, in which Christians of diverse backgrounds dialogue with their own social location as well as the cultures of others. Reading While Black moves the conversation forward.

The Spiritual Danger of Donald ... →