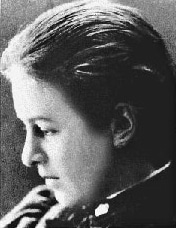 Today is the Birthday of Evelyn Underhill (born 1875)…

And in commemoration, we are offering a free download of an ebook edition of her PRACTICAL MYSTICISM, which explores how mysticism — which she defines as “the art of union with Reality. The mystic is a person who has attained that union in greater or less degree; or who aims at and believes in such attainment” — gets worked out in the world.

Evelyn Underhill “was a prolific author and published over 30 books either under her maiden name, Underhill, or under the pseudonym “John Cordelier”, as was the case for the 1912 book The Spiral Way. Initially an agnostic, she gradually began to acquire an interest in Neoplatonism and from there became increasingly drawn to Catholicism against the objections of her husband, becoming eventually a prominent Anglo-Catholic. Her spiritual mentor from 1921 to 1924 was Baron Friedrich von Hügel, who was appreciative of her writing yet concerned with her focus on mysticism and who encouraged her to adopt a much more Christocentric view as opposed to the theistic and intellectual one she had previously held. She described him as “the most wonderful personality. ..so saintly, truthful, sane and tolerant” (Cropper, p. 44) and was influenced toward more charitable, down-to-earth activities. After his death in 1925, her writings became more focused on the Holy Spirit and she became prominent in the Anglican Church as a lay leader of spiritual retreats, a spiritual director for hundreds of individuals, guest speaker, radio lecturer and proponent of contemplative prayer.” (via Wikipedia)

In remembrance of her birthday, we are pleased to offer PRACTICAL MYSTICISM as our Freebie of the week…