Aside from the Social Script

Someone Other Than a Mother: Flipping the Scripts on a Woman’s Purpose and Making Meaning beyond Motherhood
Erin S. Lane

In a recent interview with Allure magazine, actress Jennifer Aniston, 53, recounted her unsuccessful attempts to become pregnant, including undergoing in vitro fertilization, and described how she eventually came to terms with the fact that she wouldn’t have children. Aniston also blasted the entertainment media for speculating for decades on whether she would ever become a mother and accusing her of being selfish. “God forbid a woman is successful and doesn’t have a child,” she said.

Aniston’s statement caused me to consider whether some people– perhaps even some  Christians– would call a woman successful if she never became a mother. Writer and theologian Erin S. Lane thoughtfully addresses this question and many others in her book, Someone Other Than a Mother. Lane’s story is virtually the opposite of mine: She got married in her early 20s without wanting to have children, but she and her husband later wound up fostering and adopting three biological sisters. I, on the other hand, am in my early 40s, and although I’m in a relationship that’s headed toward marriage, I haven’t yet seen my desire for children fulfilled (and I realized a while back I wasn’t cut out to be a “single mother by choice” via adoption). Still, I found truth and wisdom in a lot of Lane’s arguments for why we need to stop conflating womanhood with motherhood and acknowledge that doing so hurts women and families, rather than strengthening them. Instead, we need a more accurate and whole picture of what motherhood entails and what all women can contribute to the world and the church.

Writing from a progressive Christian perspective, Lane deftly uses scientific and historical examples to show why many of our common “social scripts” about motherhood are flawed. She also reinterprets oft-cited Bible passages such as Genesis 1:28 (“And God blessed them, saying, ‘Be fruitful, and multiply’) and shares the experiences of a variety of women, Christian and non-Christian. Greeting-card companies, tabloid celebrity magazines, and evangelical and Catholic leaders all preach that motherhood is the toughest job, that home is the highest duty, and that all women are naturally programmed to love and want children and be terrific mothers. However, Lane says that instead, we should base home and family on desire as well as duty, see motherhood as just one of many professions that are grounded in faith, and use “mother” as a verb, rather than a noun, while expanding our idea of who counts as family and what truly defines a legacy.

Lane also tackles several major social issues that shape women’s attitudes and decisions about motherhood. One friend doesn’t want to have biological children because she’s concerned about the dire state of the environment, while another woman with a physical disability challenges society’s view that she has no business raising her adopted child. Lane, who was raised in the Catholic Church, examines its rejection of artificial contraception and finds it sorely lacking, arguing that pleasure, not just procreation, should be a legitimate purpose for sex. (Lane doesn’t discuss abortion in depth, but she does say that choosing not to have children shouldn’t automatically be seen as not valuing life.) She also includes the perspectives of Black and Latina women, who note that their other-than-a-mother status is even more countercultural – and therefore suspect – than it is for white women such as Lane and myself. Meanwhile, the experiences of several queer women illustrate what it looks like to “mother” others on a broader scale. Notably, Lane’s stories about her interactions with the foster care system during her and her husband’s adoption process underscore her argument that American government and society need to better support children and families, rather than expect mothers (and fathers) to fend for themselves – an opinion underscored by the many working mothers whose careers took a major hit during the societal chaos caused by the coronavirus pandemic.

Someone Other Than a Mother is a valuable addition to the many books published in the last decade or so that challenge the conservative Christian hyper-emphasis on marriage and family (two of which I’ve reviewed for this website). Many of these books were written by people who originally wanted to get married and have children but didn’t, for a variety of reasons. Readers are reassured by these empathetic authors that they can still have a good life. Lane takes this idea a step further, suggesting that maybe the good life by definition doesn’t involve marriage and/or children for everyone. That’s a pretty radical statement for both secular and Christian audiences, but I think it’s a necessary one to consider, especially as the pandemic exposed just how overwhelmed many mothers with children are. (Despite early reports of a pandemic “baby bust,” its impact on the US birth rate largely fell along socioeconomic lines, suggesting that motherhood is a lot more feasible if you have a well-paying, flexible job).

Going back to Aniston, her words reveal another important reason to decouple motherhood from womanhood: Doing so would hopefully reduce the pain women without children suffer from others’ ill-thought-out words and assumptions. It would also force us to see these women as actual, successful adults, rather than failures for not meeting the purported pinnacle of adult achievement. Lane cites historic Jewish and Christian teachings to make an often-neglected but vital theological point: Parenthood isn’t a big deal in heaven. Instead, “It is not the childless who are meant to ascend to motherhood. But mothers who are meant to return to a state of childlessness. From a spiritual vantage point, then, you might say that the childless represent the end of victory road, the sign of subject mastery, the crowning achievement in humanity’s field of study.”

Above all, Lane urges us to be honest – about motherhood and about ourselves. Only then can we truly flourish and help others do the same. 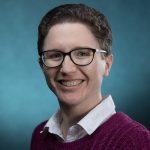 Catherine Guiles is an editor and writer based in Arlington, Viginia. Find her online at: CatherineGuiles.com