The Prodigal Church: Restoring Catholic Tradition in an Age of Deception
Brandon McGinley

In The Prodigal Church, Brandon McGinley describes the road out a far country. What if the prodigal son had not encountered famine? What if he had found instead a comfy job in human resources, a 401k, and maybe even a seat or two on the highest courts of the land? Away from his Father, he would still have been starving just as thoroughly as he was in competition with the hogs.

This deeply Catholic book of ecclesiology overviews the path of Catholicism toward impotent social respectability in America, and turning on a contemporary day of reckoning, outlines a path of renewal for a Catholic Church of the future. However, its cultural analysis, comprehensive lessons, and deep hope are genuinely applicable to western Christianity of all denominations. One of McGinley’s opening arguments is that the American civic imagination and order was formed from its beginning in opposition to Catholicism. Beyond the political and ethnic implications of Anglo-Protestant antipathy toward South-European catholicity, the deeper issues involve an enlightenment individualist ethic at war with previous conceptions of the primary human responsibility toward a supra-political moral Authority. By extension then, American civic life, though in many of its early aspects ostensibly religious or at least Deist, was formed against Christian Orthodoxy from its beginning.

A root cause of this religious malaise and lack of cultural influence of the church today, McGinley discerns, has been our multigenerational longing for respectability. To regain lives and communities of holiness, we will need to peal ourselves away from a normative ethic built on “what respectable people do.” Respectable people may well divorce or have abortions. Respectable people might go to mass or a Sunday morning service, but this past time has very little effect upon the rest of their lives. For respectable people, their employment, investments, retirement, and privacy will always come first. McGinley writes “Holiness, is rarely practical or respectable in worldly terms.” Discipleship, evangelism, and Luke 14 hospitality may be required by the Gospel, but they are not likely to be the modus operandi of respectable twenty-first century Americans.

Crucial to McGinley’s message, is his admonishment at the end of chapter four on what the church doesn’t need, which are people with an agenda attempting to save it from an enemy. “The Church is already saved,” he writes, and attempts to save her from the secularists, leftists, conservatives, or traditionalists will inevitably be “self-aggrandizing attempts to apply the logic of the world to the Church’s heavenly nature and dignity.” What the church does need is holiness, and what she will be better off without is products, packages, consultants, and brand-management.

McGinley emphasizes the family as the place where Christian culture must draw its continual reestablishment, and emphasizes the deeply hopeful underlying faith behind procreation, but dethrones the isolated, self-sufficient family of the mid-twentieth century American ideal. Strong nuclear families are a step in the right direction away from atomized individualism, but they are not the full realization of the human need for connectedness. McGinley writes “Cordoning off the individual has been one of liberal secularism’s most effective techniques for dulling our sense of duty to our fellow men, to the Church, and to God.” An antidote to this isolation driven by so many technological, political, and societal forces, will be friendship viewed sacramentally, imitative of the friendships of Christ and the saints.

Whether you are Catholic, or Christian by any other creed, I unreservedly recommend this book as a visionary epistle renewing the spiritual imagination of western Christianity for the coming century. However, McGinley’s encouragement is not grounded in any historical moment, but is indeed universal. “Our role in salvation history isn’t to obsess over where exactly we stand in that history; it’s to take up our cross and follow Christ wherever He desires to lead us.” An emphasis that McGinley stresses over and over in The Prodigal Church, is that we will not be free until we are obedient. The ease and comfort that Christianity has experienced in the West are not historical norms, but anomalies. A faithful Christian witness in the future will not look like an affirmation of our culture’s respectability, but instead will be a contradiction of the prevailing spirits of busyness, distraction, and isolation. 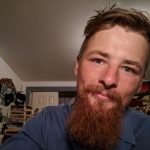 Obi Martin is an editor for The Curator, a publication promoting faith-oriented art and conversations, and teaches high school literature in Pittsburgh, Pennsylvania. Obi blogs about myth, literature, and culture at https://foederatifornow.wordpress.com/ .