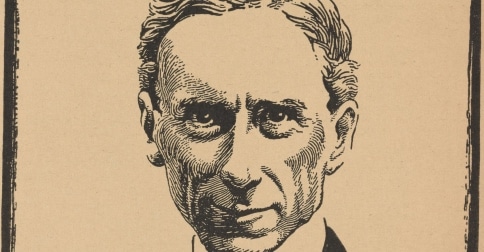 Russell, a committed atheist, was the author of [easyazon_link identifier=”0671203231″ locale=”US” tag=”douloschristo-20″]Why I Am Not a Christian[/easyazon_link]. This excerpt, however, is strikingly pertinent in our day of “alternative facts,” in which truth has little relevance. It is worth taking the time to read!

Our system of education turns young people out of the schools able to read, but for the most part unable to weigh evidence or to form an independent opinion. They are then assailed, throughout the rest  of their lives, by statements designed to make them believe all sorts of absurd propositions, such as that Blank’s pills cure all ills, that Spitzbergen is warm and fertile, and that Germans eat corpses. The art of propaganda, as practised by modern politicians and governments, is derived from the art of advertisement. The science of psychology owes a great deal to advertisers. In former days most psychologists would probably have thought that a man could not convince many people of the excellence of his own wares by merely stating emphatically that they were excellent. Experience shows, however, that they were mistaken in this. If I were to stand up once in a public place and state that I am the most modest man alive, I should be laughed at; but if I could raise enough money to make the same statement on all the buses and on hoardings along all the principal railway lines, people would presently become convinced that I had an abnormal shrinking from publicity. If I were to go to a small shopkeeper and say: “Look at your competitor over the way, he is getting your business; don’t you think it would be a good plan to leave your business  and stand up in the middle of the road and try to shoot him before he shoots you?”—if I were to say this, any small shopkeeper would think me mad. But when the Government says it with emphasis and a brass band, the small shopkeepers become enthusiastic, and are quite surprised when they find afterwards that business has suffered. Propaganda, conducted by the means which advertisers have found successful, is now one of the recognized methods of government in all advanced countries, and is especially the method by which democratic opinion is created.

“The art of propaganda, as practised by modern politicians and governments, is derived from the art of advertisement.”


There are two quite different evils about propaganda as now practised. On the one hand, its appeal is generally to irrational causes of belief rather than to serious argument; on the other hand, it gives an unfair advantage to those who can obtain most publicity, whether through wealth or through power. For my part, I am inclined to think that too much fuss is sometimes made about the fact that propaganda appeals to emotion rather than reason. The line between emotion and reason is not so sharp as some people think. Moreover, a clever man could frame a sufficiently rational argument in favour of any position which has any chance of being adopted. There are always good arguments on both sides of any real issue. Definite mis-statements of fact can be legitimately objected to, but they are by no means necessary. The mere words “Pear’s Soap,” which affirm nothing, cause people to buy that article. If, wherever these words appear, they were replaced by the words “The Labour Party,” millions of people would be led to vote for the Labour Party, although the advertisements had claimed no merit for it whatever. But if both sides in a controversy were confined by law to statements which a committee of eminent logicians considered relevant and valid, the main evil of propaganda, as at present conducted, would remain. Suppose, under such a law, two parties with an equally good case, one of whom had a million pounds to spend on propaganda, while the other had only a hundred thousand. It is obvious that the arguments in favour of the richer party would become more widely known than those in favour of the poorer party, and therefore the richer party would win. This situation is, of course, intensified when one party is the Government. In Russia the Government has an almost complete monopoly of propaganda, but that is not necessary. The advantages which it possesses over its opponents will generally be sufficient to give it the victory, unless it has an exceptionally bad case.

The objection to propaganda is not only its appeal to unreason, but still more the unfair advantage which it gives to the rich and powerful. Equality of opportunity among opinions is essential if there is to be real freedom of thought; and equality of opportunity among opinions can only be secured by elaborate laws directed to that end, which there is no reason to expect to see enacted. The cure is not to be sought primarily in such laws, but in better education and a more skeptical public opinion. For the moment, however, I am not concerned to discuss cures.

“The objection to propaganda is not only its appeal to unreason, but still more the unfair advantage which it gives to the rich and powerful.”

There are two simple principles which, if they were adopted, would solve almost all social problems. The first is that education should have for one of its aims to teach people only to believe propositions when there is some reason to think that they are true. The second is that jobs should be given solely for fitness to do the work.