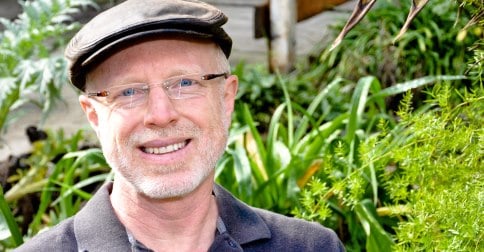 Becoming a Reconciled Community
An Interview with Tim Otto

ERB intern Joe Krall recently had the opportunity to sit down with Tim and talk about the significance of his book in the wake of the recent Supreme Court case upholding same-sex marriage.

Editor’s note: Oriented to Faith is one of our Books of the Month for August. Join us in our forums for conversation on the book, starting Sat. Aug 1…

ERB:  After last month’s Supreme Court Decision, we saw a lot of polarization, especially in the church. In your book, you call Christians to resist pulling away from each other. How can the church create space to not diverge?

TO: The best thing the church could do is articulate a vision for a space that is difficult and uncomfortable. In a consumer culture, I think our idea is that church should be spiritually comfortable above all. But I think church is a place where we’re meant to cross racial, social, economic, and even political lines. And all of those things are difficult and uncomfortable. And I think we need to fundamentally re-imagine what church is and accept the difficulty of the project that is “church.”

TO: There’s a new monastic community called Reba Place Fellowship in Chicago, and they’ve been doing, I think, more than a two-year conversation about LGBT relationships. And one of their members, Chico Fajardo-Heflin, challenged people to think about how to wash the feet of those that differ from them. So, practically, that’s like an affirming person thinking about “How do I love and serve the gay person who is committed to celibacy for life?” Or it might be a traditionalist thinking about “How do I bless the same-sex couple?” I think that kind of question transforms the conflict into a discipleship opportunity. Rather than the conflict just being about “How do I force others to think the way I do?” it becomes about “How do I change my heart’s disposition to one of love and service toward people who are different than me?”

A broader example would be what happened in post-apartheid South Africa with the Truth and Reconciliation hearings. In those hearings, victims and perpetrators were invited to come together, and perpetrators got some degree of amnesty for simply telling the truth about what happened. The focus was on a restorative justice, rather than a punitive justice. In the end, that’s a much better basis for a reconciled community and a reconciled nation than would have been possible otherwise.

ERB: In both examples you gave, language played an important role. In this conflict, we see the Scriptural language of war and violence being co-opted to fuel conflict and continued disagreement. How does transforming language and the way we speak play into transforming conflict?

TO: It seems to me that when you use the language of “war” as your paradigm, you’re thinking “We’ve got to win and the other side has to lose.” I hope that the kingdom of God is not such a zero-sum game! I hope that there’s the way where we can all win. But just thinking about Christ – Christ eventually wins, but he does so by losing. So if we’re following that example, that seems like it’s got to shape our imagination in church about how we engage each other. At the very least, it seems to mean that we can’t use coercion or manipulation or violence in order to get our way.