Here are a few new book releases from this week that are worth checking out:

(Where possible, we have also tried to include a review/interview related to each of the new book releases …)

The Light Ages: The Surprising Story of Medieval Science

An illuminating guide to the scientific and technological achievements of the Middle Ages through the life of a crusading astronomer-monk.

Soaring Gothic cathedrals, violent crusades, the Black Death: these are the dramatic forces that shaped the medieval era. But the so-called Dark Ages also gave us the first universities, eyeglasses, and mechanical clocks. As medieval thinkers sought to understand the world around them, from the passing of the seasons to the stars in the sky, they came to develop a vibrant scientific culture.

In The Light Ages, Cambridge science historian Seb Falk takes us on a tour of medieval science through the eyes of one fourteenth-century monk, John of Westwyk. Born in a rural manor, educated in England’s grandest monastery, and then exiled to a clifftop priory, Westwyk was an intrepid crusader, inventor, and astrologer. From multiplying Roman numerals to navigating by the stars, curing disease, and telling time with an ancient astrolabe, we learn emerging science alongside Westwyk and travel with him through the length and breadth of England and beyond its shores. On our way, we encounter a remarkable cast of characters: the clock-building English abbot with leprosy, the French craftsman-turned-spy, and the Persian polymath who founded the world’s most advanced observatory.

The Light Ages offers a gripping story of the struggles and successes of an ordinary man in a precarious world and conjures a vivid picture of medieval life as we have never seen it before. An enlightening history that argues that these times weren’t so dark after all, The Light Ages shows how medieval ideas continue to color how we see the world today.

*** READ a review from The Guardian … 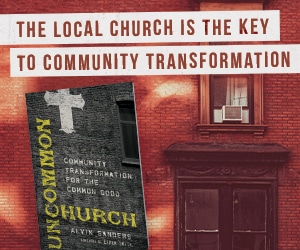 Slow Church:
Cultivating Community
in the Patient Way of Jesus
by John Pattison and
C. Christopher Smith
Only $5.99!