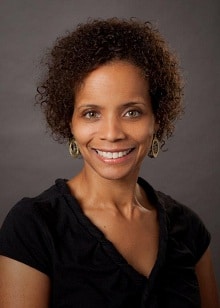 An Op-Ed on Ferguson and Faith

In 1966, Dr. Martin Luther King, Jr. delivered a speech titled Don’t Sleep Through the Revolution during a Unitarian Universalist General Assembly meeting in Hollywood, Florida.  King’s speech was a clarion call for the church to remain awake to the social injustices of the day, and join the efforts to eradicate oppressive systems in the United States and abroad.  It was one year after “Bloody Sunday” in Selma, Alabama where peaceful protests were lodged to lobby for African Americans to have the rights to vote, but were met with violent opposition from police and civilians. The images from “Bloody Sunday,” coupled with Dr. King’s invitation, compelled hundreds of clergy from around the country to come to Selma and join the struggle for voting rights.


Fast forward to August 9, 2014, where the images of Michael Brown’s lifeless body lying on a street in Ferguson, Missouri for over four hours lit up social media, and ignited a movement for justice that has been compared to the civil rights movement of the 1960’s.  The image of Brown’s body became illustrative of police brutality against black men, and soon became linked with other recent instances of unarmed black men being killed by police officers from around the country.  While there are significant differences between the civil rights movement and the aftermath of Michael Brown’s death, the calls for the church to “wake up” and “#staywoke” sound eerily familiar.  The church is still being called to frame these matters as a moral injustice, and demand systemic changes that promote the fair and equitable treatment of African American men by law enforcement.

My forthcoming book published by Chalice Press and the Forum for Theological Exploration (FTE), Ferguson and Faith: Sparking Leadership and Awakening Community, explores some of the roles that St. Louis area clergy and congregations played in the aftermath of Michael Brown’s death, and challenges us to consider the role of the church today in the quest for racial justice.  While there was no one person, like Dr. King, designated to call clergy to action, many sprang into action nonetheless.  Images of tanks and teargas have been shown on televisions and computer screens around the world, but this book offers a front-line view from the perspectives of clergy and young activists that describe the ways congregations “woke up” during this movement, and how they should remain awake to the fight for racial justice in America.  These are sacred stories of courage and hope, and inherent in them are seeds of possibilities that, if nurtured, could serve us well into the future.

These stories open our sensibilities to the ways that leadership emerged, and how community was refashioned.  They challenge us to see God through their eyes in the midst of the mayhem. I suspect that one of the reasons some people are quick to ask “Where is the leadership” is because leadership has not come from the top down, but the bottom up.  Leadership emerged in an organic form from atypical sources – it has been a ground swell of people who often found themselves on the margins of society, and now use the collective power of their voice to call for change.  Clergy, who are often comfortable in their role to take charge, found new ways of “leading” that made room for the first to be last, and the last to be first.  These insights challenge our collective thinking about how and where leadership emerges, and what it should look like if we are to live into a future filled with hope.

This vision of a future filled with hope is clearly demonstrated by the clergy, but it was first brought to light by the young activists.  They are the people that held the line, claimed the streets as their own, and demanded to be treated as full human beings.  These young activists are the ones whose righteous indignation often inspired the clergy to support these efforts, and awakened the spirit of possibility that reminded us of what community is all about.  This book offers stories of love and justice that I hope will inspire us to see a future filled with hope.  They challenge our prescribed notions of community – who’s in and who’s out – and draw the circle wide to model a community that is emblematic of God’s love and grace.

FTE has given me a platform to tell these stories because they align with its mission to inspire and encourage young leaders to follow their calling to make a difference in the world. FTE not only provides the space and resources necessary to nurture and grow leadership amongst diverse faith communities, but works relentlessly every-single-day to innovate solutions to the very complex problems facing today’s faith leaders. As a former FTE fellow, the resources, love and support retained throughout the years has given me a valuable opportunity to connect faith communities around the world through these truly awe-inspiring stories. Ferguson and Faith, set to release this summer, is a contemporary call for the church to not sleep through this revolution for racial justice in America.  It draws upon the real life stories of ordinary people – clergy and young activists, who inspire us to imagine a more just society, and encourage us to make it happen.

Leah Gunning Francis, PhD is the Associate Dean of Contextual Education at Eden Theological Seminary in St. Louis, Missouri. As a former Forum for Theological Exploration fellow, an incubator that inspires young people to make a difference in the world through Christian communities, she draws on her marketing experience, pastoral leadership and academic training to creatively equip students, clergy and congregations for transformative social action.