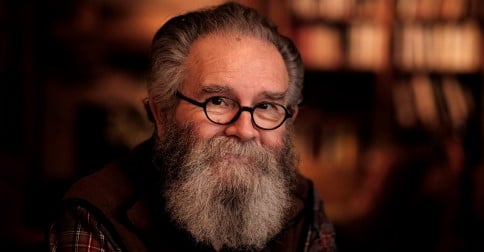 We are excited to announce that we have hired John Wilson, the former editor of BOOKS & CULTURE, as Contributing Editor for THE ENGLEWOOD REVIEW OF BOOKS.

For over two decades, John was the editor of Books & Culture magazine, a publication of Christianity Today. After the demise of B&C in late 2016, John worked as editor for the short-lived online publication Education and Culture. In a superb essay from COMMENT magazine on the legacy of B&C, John Schmalzbauer writes:

Whatever happens next, the networks [John Wilson forged at B&C] will continue to hum with the give-and-take of faithful discourse, overlapping with the cloud of witnesses found in the mastheads of the Reformed Journal and other deceased publications. If the evangelical mind is a multi-generational argument, the seminar has only just begun. This conversation is Books & Culture‘s true legacy for evangelical intellectual life.

John Wilson was editor of Books & Culture from its first issue (Sept/Oct 1995) to its last (Nov/Dec 2016). He received a B.A. from Westmont College in Santa Barbara, Calif., in 1970 and an M.A. from California State University, Los Angeles, in 1975. His reviews and essays appear in the New York Times, the Boston Globe, First Things, National Review, Commonweal, The Christian Century, and other publications. He and his wife, Wendy, are members of Faith Evangelical Covenant Church in Wheaton; they have four children.

The Englewood Review of Books (ERB) was founded in early 2008 at Englewood Christian Church in Indianapolis, as a tribute to the intertwined practices of reading and conversation that had shaped that congregation for over a decade prior to the launch of the ERB. Although it began as an online-only publication, an extension of the church’s bookstore, a separate subscription-only quarterly print magazine (with reviews and other articles that are not available online) was launched in November 2010 [ Subscription Info ]. C. Christopher Smith, a member of the church, was the founding editor and continues as the editor-in-chief. The mission of the ERB is to promote reading broadly and talking about what we are reading, as vital and transformative practices of the Christian tradition. In 2016, Smith published the book [easyazon_link identifier=”083084449X” locale=”US” tag=”douloschristo-20″]Reading for the Common Good: How Books Help Our Churches and Neighborhoods Flourish[/easyazon_link] (IVP Books), which emerged from his reflections on the aims and mission of the ERB. The ERB’s community of readers and writers, although vastly Christian, represents a wide swath of the Christian tradition, and the ERB continues to be driven by the hope that civil conversations about books and other sorts of reading will guide us out of the present age of fragmentation and toward a deeper and more substantial Christian unity.

As Contributing Editor, John will write a column for The Englewood Review‘s quarterly magazine, which will begin in the ERB’s Ordinary Time (Fall) 2018 issue. Drawing upon his deep well of experience with B&C, John will also help curate the selection of books that the ERB covers. The Contributing Editor role will begin as a part-time position and John will work remotely from his home in Wheaton, but both parties are optimistic that John’s work with the ERB will be able to expand over time.

Get FREE weekly email updates
from the ERB’s Online Edition