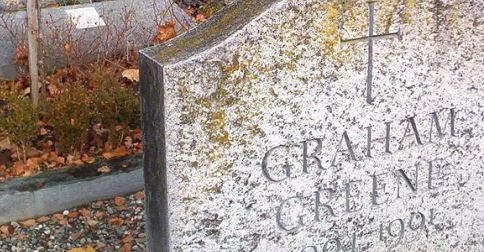 Today is the birthday of novelist Graham Greene, born 1904.

“Graham Greene is perhaps the most perplexing of all the literary converts whose works animated the Catholic literary revival in the 20th century. His visions of angst and guilt, informed and sometimes deformed by a deeply felt religious sensibility, make his novels, and the characters that adorn them, both fascinating and unforgettable.

His fiction is gripping because it grapples with faith and disillusionment on the shifting sands of uncertainty in a relativistic age. His tormented characters are the products of Greene’s own tortured soul, and one suspects that he was more baffled than anyone else at the contradictions at the core of his own character and, in consequence, at the heart of the characters that his fertile and fetid imagination had created.”

Here is a British documentary “England Made Me” (in four parts) that serves as a wonderful intro to Greene’s life and work: